Our morning alarm clocks went off. It was a Saturday. But we didn’t mind. We were going hiking.

Since moving to Hartbeespoort a few months ago, I’ve been called to by the mountains that surround us in the area. These high natural features show off in the morning light with their interesting formations and demand to be explored.  These are the Magaliesberg Mountains. And explore them we did. 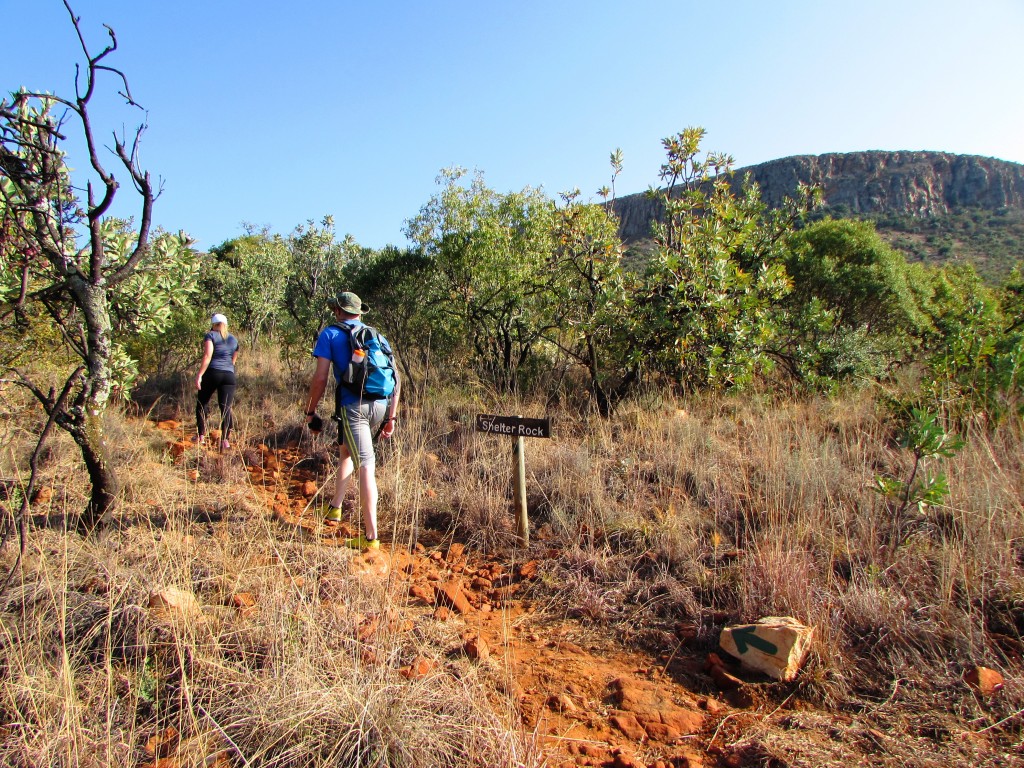 Shelter Rock Adventures is on a farm in Magaliesberg just half an hour’s drive away from our Harties home and about 1.5 hours from Joburg.  From the base camp the trail begins up into the Magaliesberg Mountains. It’s a well-marked trail with green dot signs which kept us from getting distracted and veering off the path.  Graham and I, along with our friends Wes and Shannon, excitedly took on that mountain. 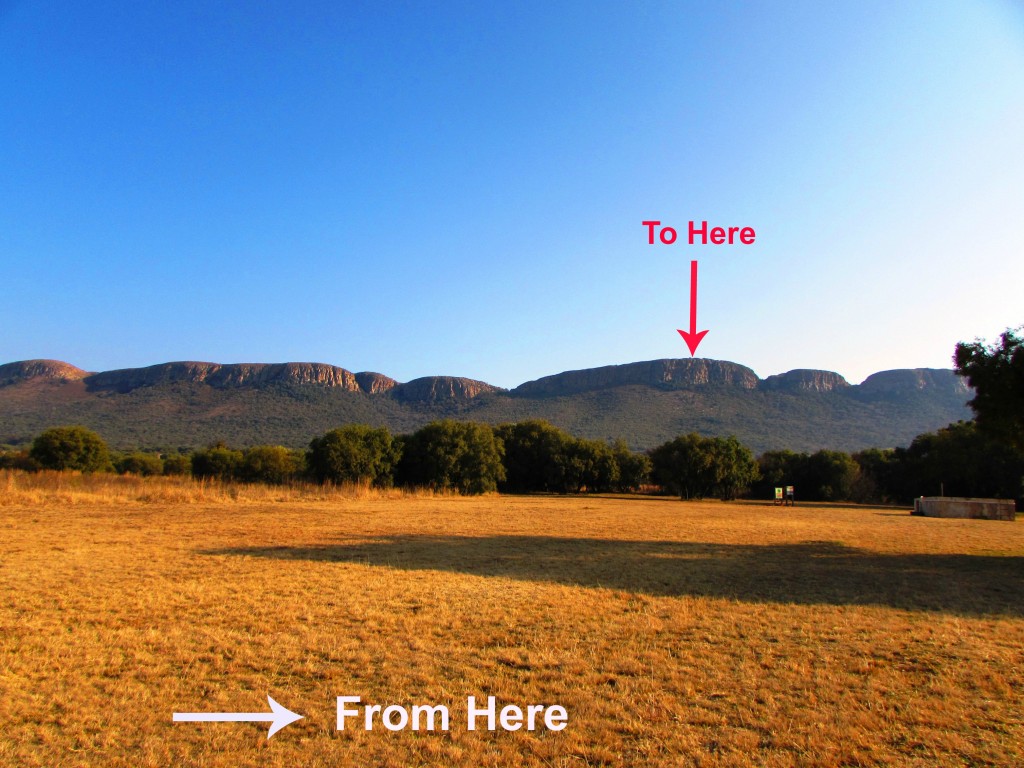 The entire route is 8km in total- there and back, but the distance app on Wes’s phone told us we did more than 10km that day as we explored around the summit too. The route began nice and calmly as we walked beside the grasslands of the foothills and greeted Blesbok in the distance. We then moved into a forested section set along a dry riverbed which was beautifully cool and enchanting. From there onwards we began the climb up to Shelter Rock and meandered along the pathway, amazed at how the views opened up below us as we went. 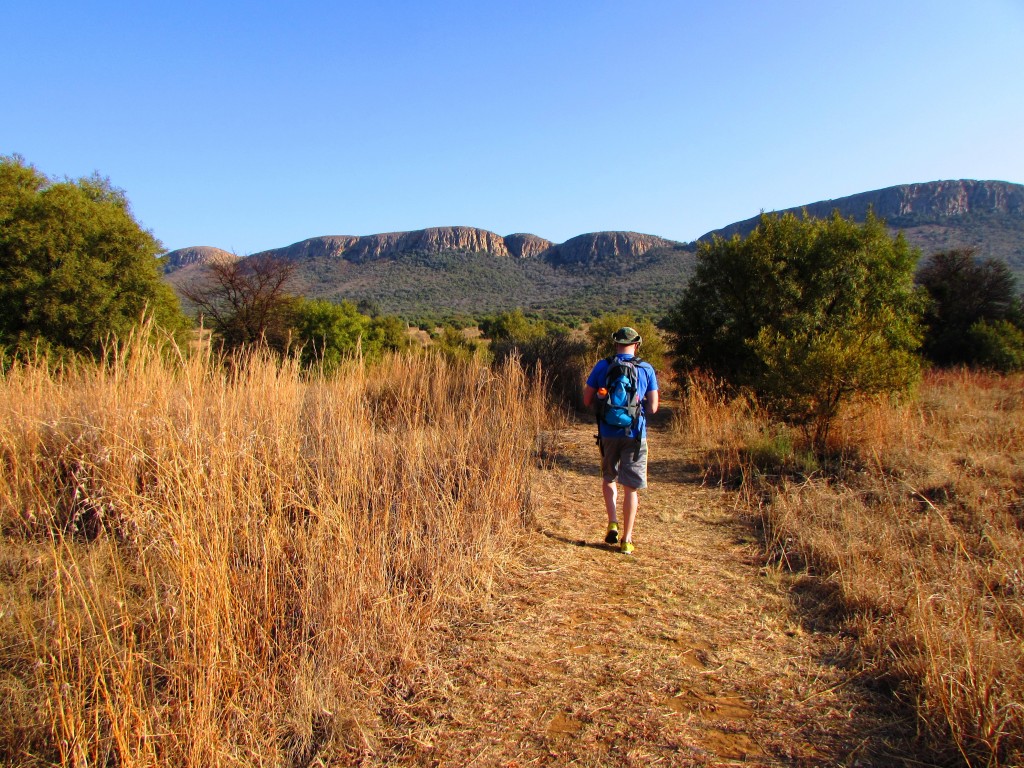 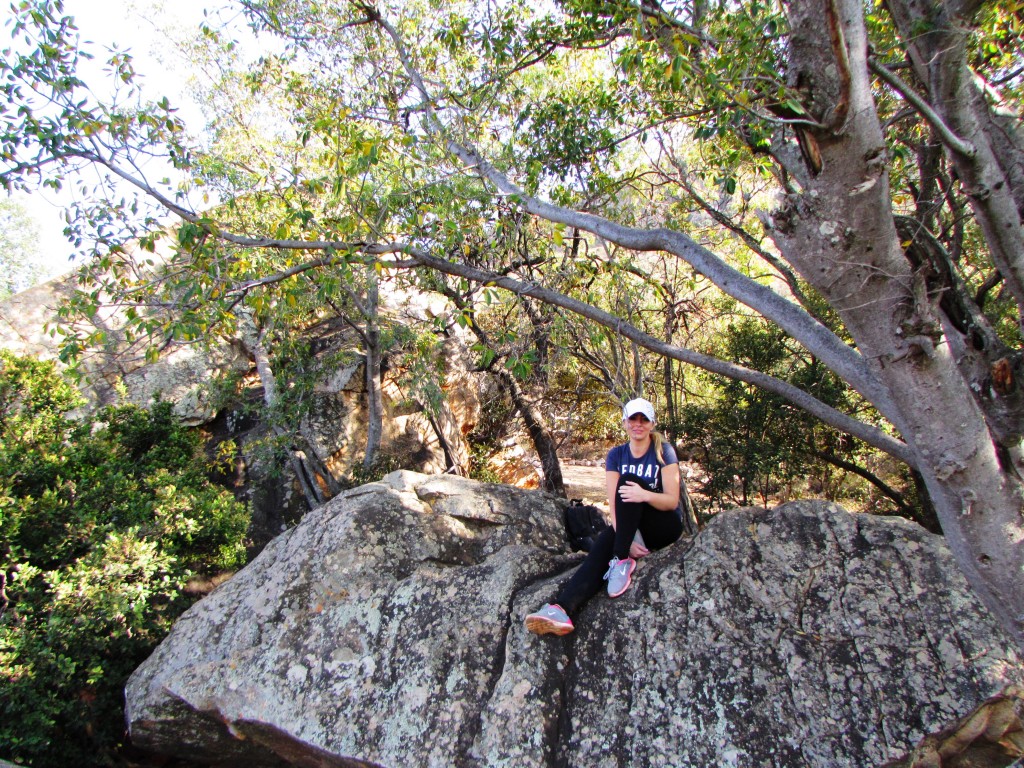 Shelter Rock itself is a huge slab of red sandstone that we couldn’t have missed if we tried. It has its own story. According to the info booklet, the rock was “ejected” from the Magalies Mountain cliff face when it was struck by lightning 10000 years ago. Now it sits down below its mother mountain. We climbed it by grasping the nodules on the rock face caused by erosion. These made for easy hand and footholds and the views from on top were just fantastic. Even those in our group who are not friends with heights at the best of times agreed. 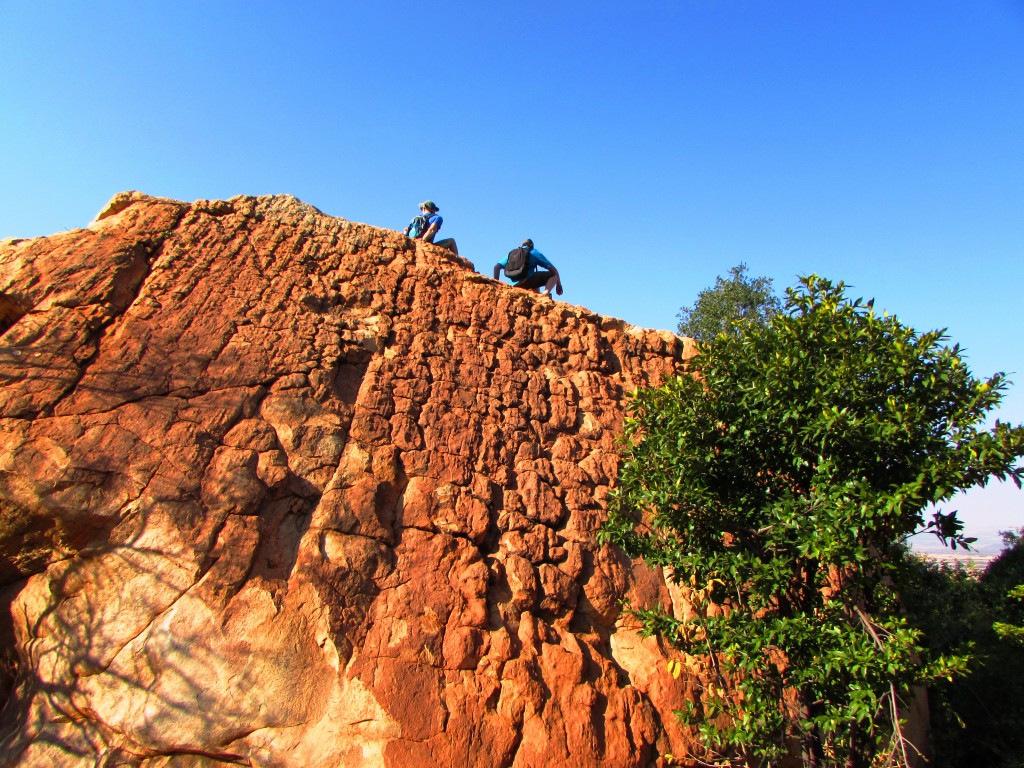 In its history, that rock acted as shelter for the indigenous people and it is said that during the Anglo Boer War the wives and families of the Boer soldiers took refuge there when the British soldiers were burning their farms and capturing war prisoners for the concentration camps below. 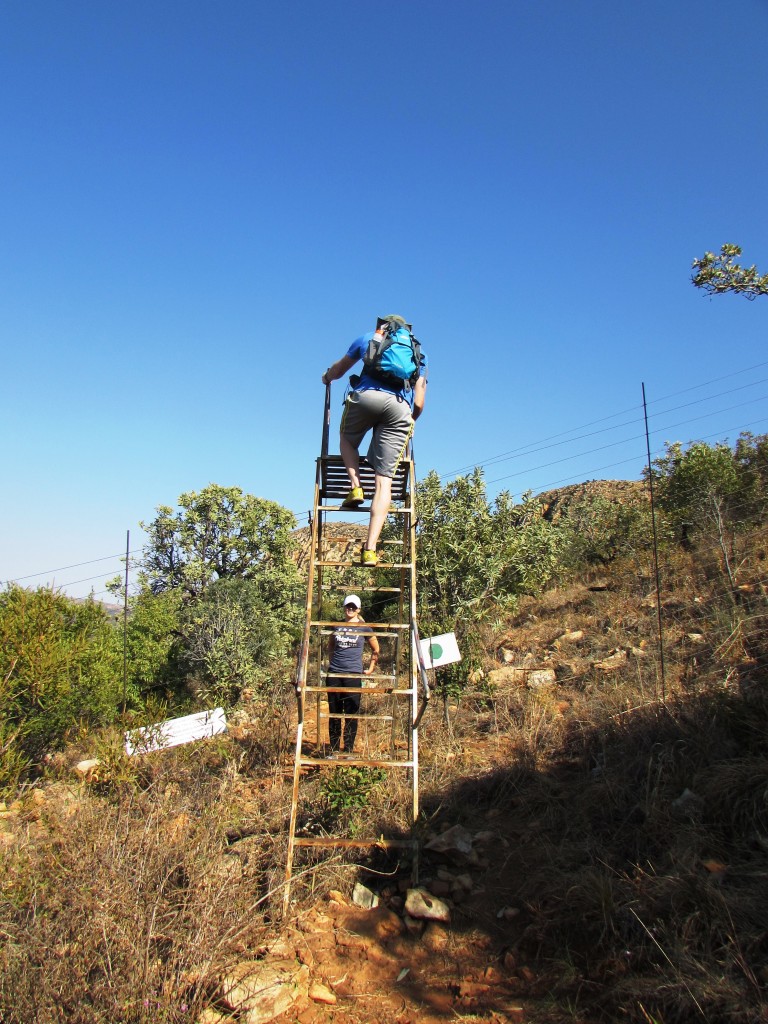 Our walk continued up the mountain and over a few fences, armed with sturdy ladders to get us over to the other side. These fences act as boundaries between the farms which the Shelter Rock hike traverses through. On the summit we passed a few rock cairns which were part of ancient Boer War fort ruins. We added our own rocks to the top of the piles to claim our “we were here” status. 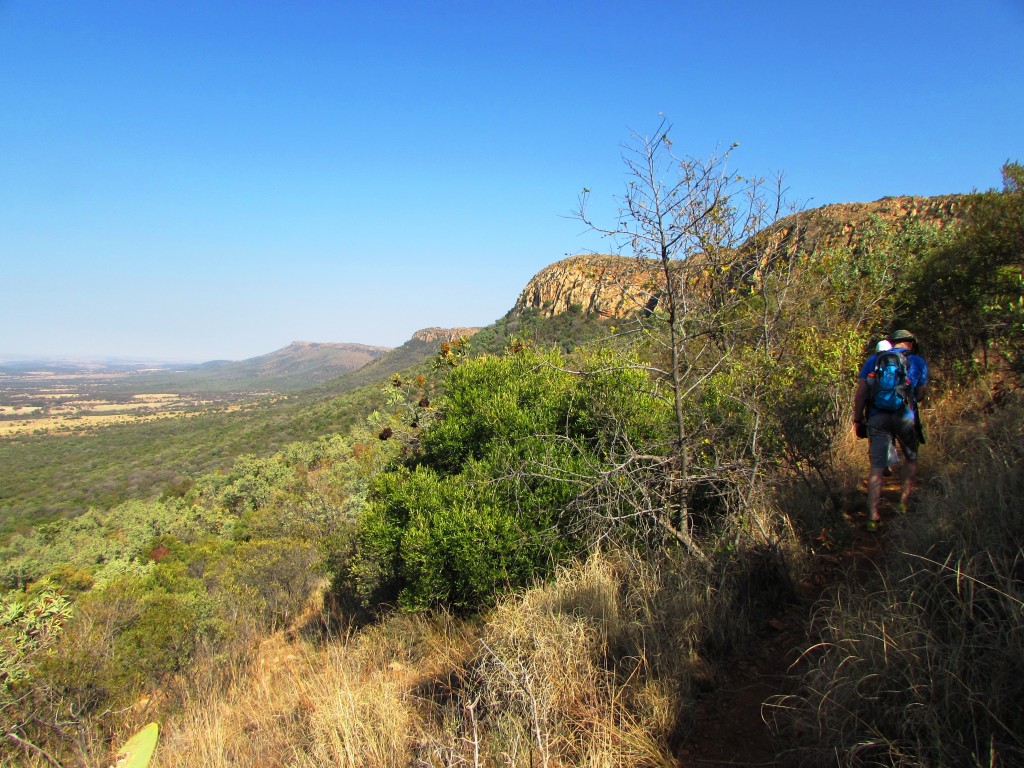 Once on top we really felt as if we were on top of the world. We found a spot out of the wind and devoured our packed lunch with views of Hartbeespoort Dam in the distance and farmlands below. We also investigated a bit up there, finding the rock garden marked on the map and other features. 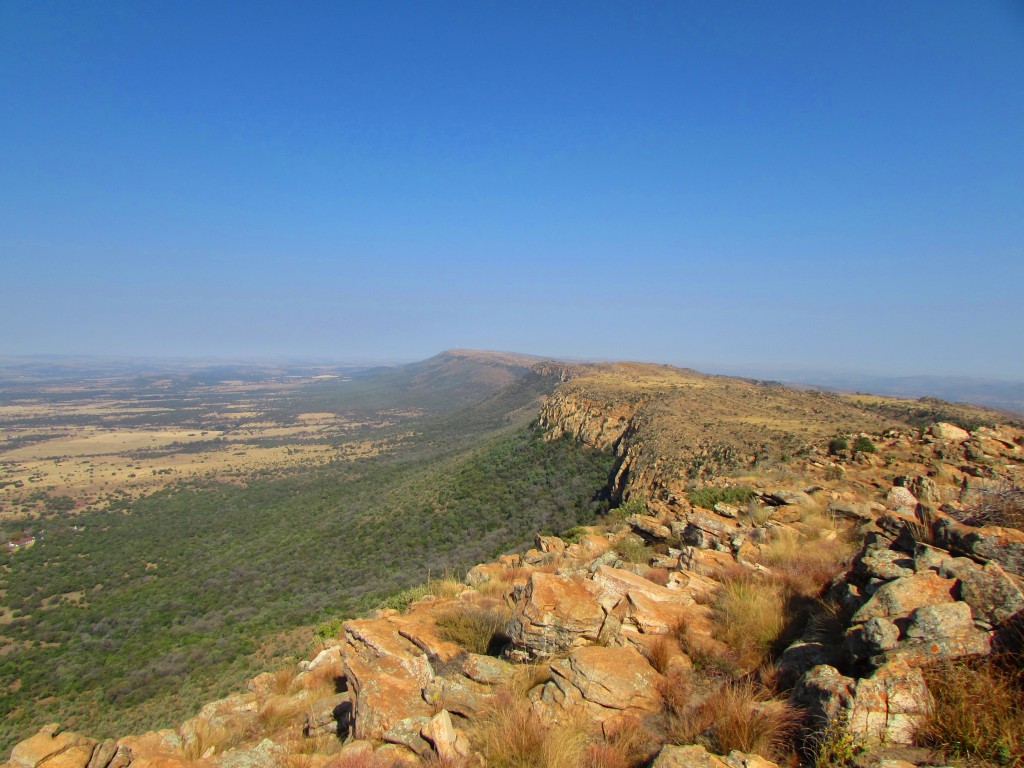 We Took a Hike

It was a really good hike and one that can be done in a morning (before it gets too hot), leaving enough time for a braai and swim at the bottom afterwards or to get back home for a well-earned nap and the rugby too, if that’s your thing. It was challenging enough to make us feel we’d achieved something that morning but gentle enough to make it a very enjoyable day outing. I’d say it was just right. 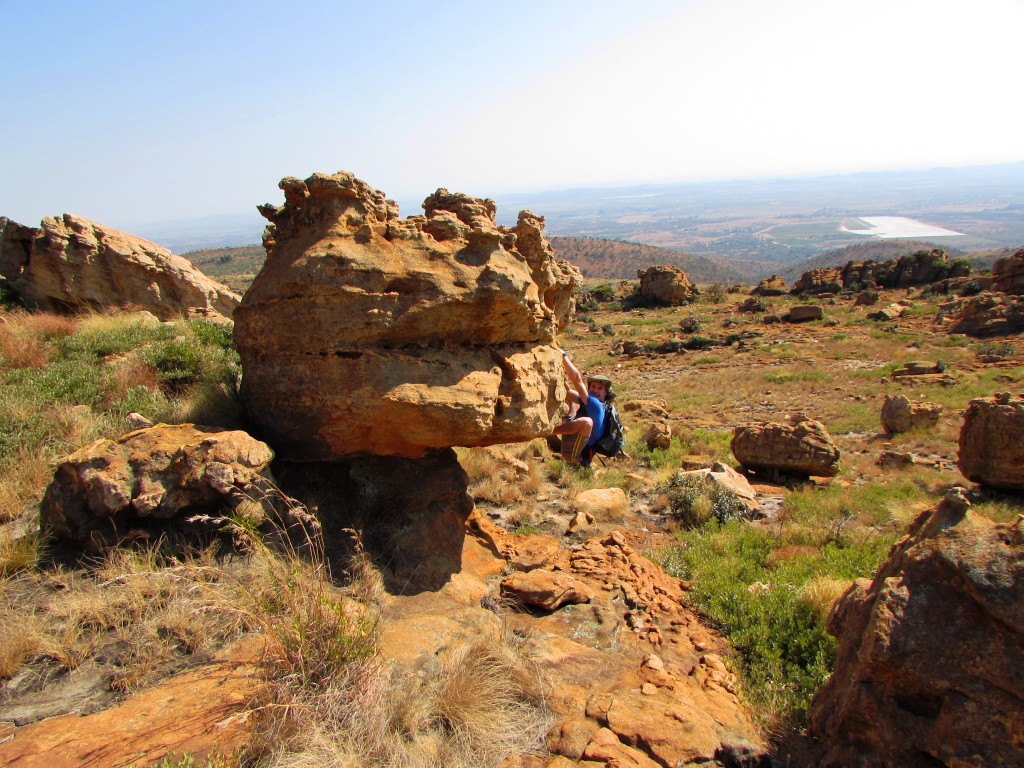 The Shelter Rock hike takes about 4 hours to complete, but that is an estimation depending on your walking mood and the time you decide to invest in admiring the proteas, trees, birds and views along the way. These all deserve appreciation.

It was a day out in the great outdoors and was good for the soul. This was why we didn’t mind our alarm clocks waking us up early that morning. 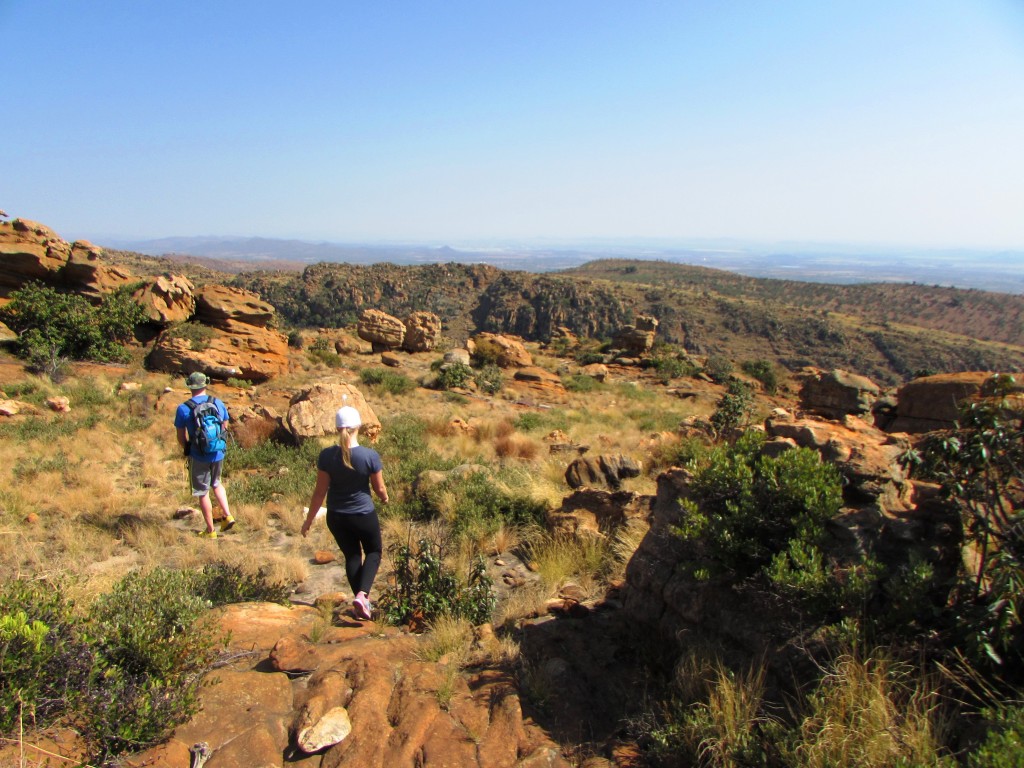 Booking ahead is advised as Shelter Rock only allows a set number of hikers on the trail per day in order to keep the experience uncrowded and idyllic.

Highest altitude on the trail: 1711m

Location: About 1.5hrs from JHB and just under half an hour from Hartbeespoort.